Edge Computing: The next generation of computing

Why is EDGE COMPUTING the next big thing in 2022?

What is Edge Computing?

Edge computing is exactly what it sounds like: computing at the edge of corporate networks, with “the edge” defined as the point where end devices – such as phones, laptops, sensors & industrial machines – connect to the rest of the network. It’s a scattered processing paradigm in which computations are done close to the geographic location of the data collection and analysis center, maximizing the use of a concentrated server or cloud.

Earlier, the edge used to be where the devices linked so they could send and receive data from a centrally placed data center or the cloud, as well as download software upgrades. That approach now has flaws, thanks to the rise of the Internet of Things with digital transformation. The sheer volume of data collected by IoT devices necessitates greater and more expensive.

connections to data centers and the cloud. Because of the nature of the work performed by these IoT devices, much quicker connections between the data center or cloud and the devices are required.  The high-level foundation collects data via sensors, and the edge servers safely process the data on-site. The network architectural environment has shifted in the correct direction with the miniaturization of processing and storage technologies, allowing organizations to be less concerned about data security.

Because of the nature of the work performed by IoT devices, much quicker connections between the data center or cloud and the devices are required. IoT devices can now gather, store, and interpret vast amounts of data far more quickly than they could previously. This allows businesses to better integrate and improve their networks, bringing processing functions closer to data collected at the network’s edge for real-time analysis and application closer to intended consumers.

Edge devices can gather, organize, and do preliminary analysis on data before sending it to where it needs to go centralized applications or long-term storage, which can be on-premises or in the cloud. Because information does not need to be sent back to a central server for the IoT device to figure out which functions should be done, edge registration networks are critical for reducing inactivity and improving execution.

Edge computing architecture refers to an ecosystem of network elements that have been disseminated from a datacenter or main server’s central position outward—to all edge locations—as part of a company’s overall deployment.

On-premises edge systems or data centers that have been scaled down can be easily transferred and placed into relatively tiny remote sites. As an organization’s demands evolve and grow, flexibility and scalability become essential. ESQUARE’s edge computing solutions include flexible architecture options to meet smaller places or varying environmental conditions, as well as power/cooling intermittent network connectivity. 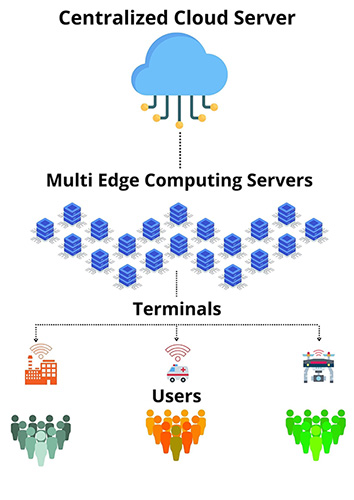 Edge server: A computer that is positioned near the edge device. These machines need more computing power than edge devices because they run application workloads and shared services

Edge gateway: A network function such as tunneling, firewall administration, protocol translations, and wireless connections is performed by an edge server. Application tasks can be hosted through a gateway.

Cloud: A public or private cloud that serves as a storage location for containerized workloads such as apps and machine learning models. Edge node management apps are likewise hosted and run on the cloud. 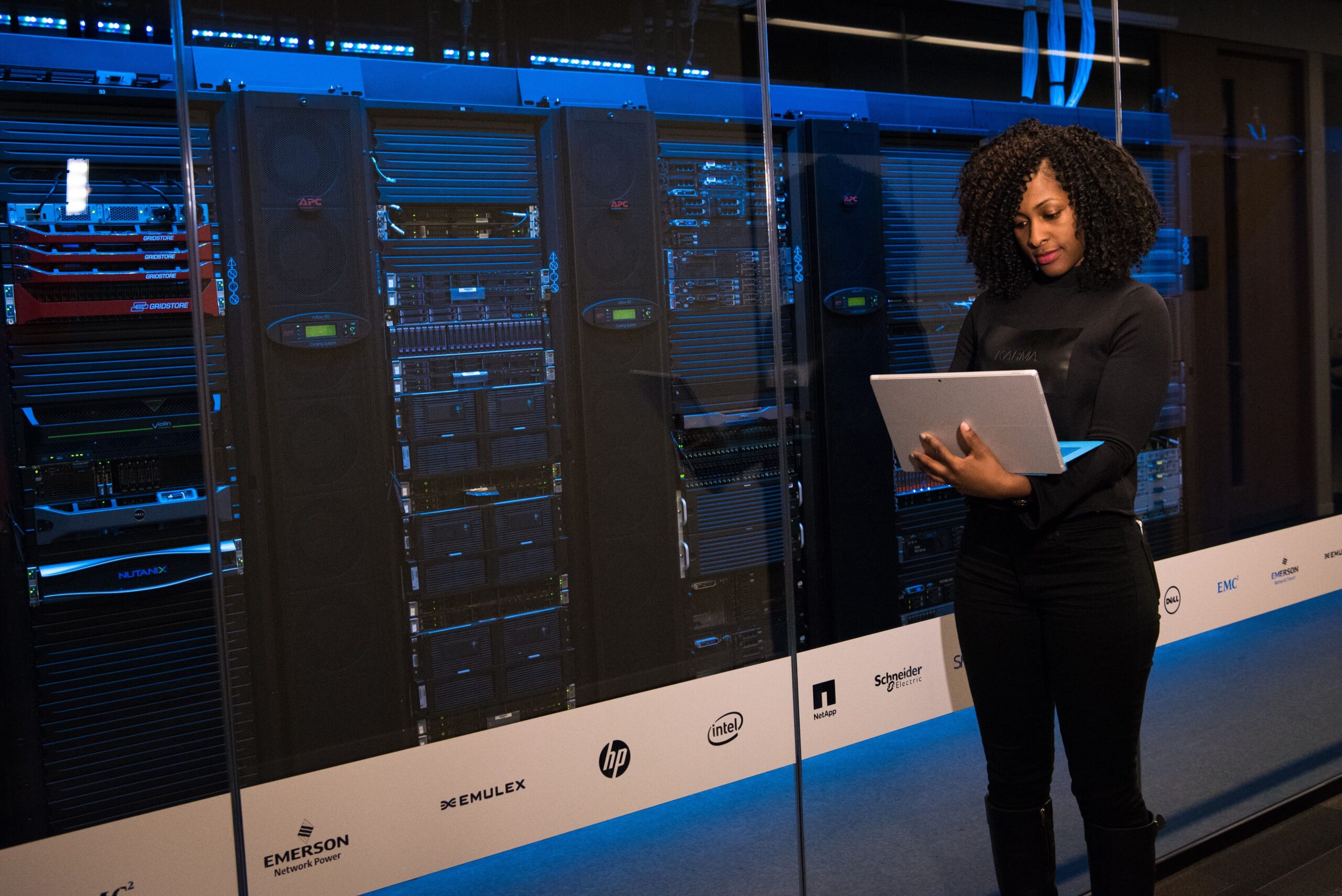 By reducing the need to transport data across the network to a cloud or data center for processing, Edge Computing reduces latency. The goal of Edge Computing is to move computation away from data centers to the network’s edge, utilizing the capabilities of smart objects, mobile phones, and network gateways to provide cloud-based services and processing.

Essential business and operations that rely on actionable data become particularly vulnerable when all data must eventually pass through a single channel to a cloud analyzer. As a result, a single DDoS attack can bring an entire worldwide corporation’s operation to a standstill. When data analysis tools are deployed throughout enterprises, risk is distributed as well. While edge computing might be argued to increase the attack surface for hackers, it also reduces the impact on the company as a whole. Another unavoidable truth is that transferring less data means transferring less data that can be intercepted.

Edge computing offers improved data categorization and cost control. For different types of data, different levels of processing are required. Edge computing allows for a smart cost-cutting framework for an organization by ensuring that just the resources required for processing and analysis are allocated.

Edge computing is more dependable since it processes data locally to the end user, making it immune to security risks and network failures. Edge computing improves resilience even more by removing a single point of failure, as opposed to centralized servers; a failure at one edge device won’t affect the functioning of other edge devices in the ecosystem, boosting the overall reliability of the linked environment.

In a cloud computing system, data must be sent to a centralized data center. It can be costly to modify or extend this data center. The edge, on the other hand, may be used to scale your own IoT network without worrying about storage. IoT devices can also be implanted here with just one implantation.

There will be a rigorous change in the technologies with a continuous development in edge computing as well. Companies have already adopted edge computing & have been flourishing in their respective niches. However it’s never too late to adopt a technology & reap its benefits. E Square System & Technologies Pvt Ltd can always be your best partner for a custom made digital transformation & system integration solutions with carefully tailored roadmap unique to your business.